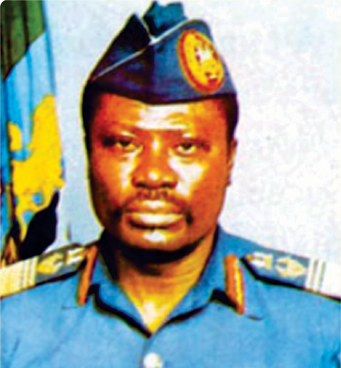 Air Marshal Nuraini Oladimeji Omotosho Yussuff was born in Lagos on 10 June, 1942. He began his military career in the Nigerian Air Force (NAF) on 7 August 1963 as an officer Cadet. Subsequently, he was sent to Germany where he undertook military training with the German Air Force (GAF). He was commissioned a Second Lieutenant on 7 November, 1966. Air Marshal Yussuff was appointed as the ninth Chief of the Air Staff (CAS) on 29 December, 1989. He retired from military service in January 1992.