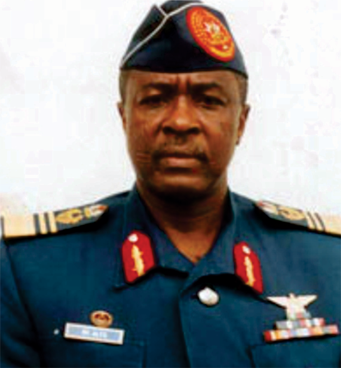 Air Marshal Isaac Mohammed Alfa popularly known as “Air Warrior” in the Nigerian Air Force (NAF) circles was born on 15 September, 1950 at Inye in Ankpa Local Government Area of Kogi State. He was enlisted into the Nigerian Defence Academy in 1969 as a member of Regular Combatant Course 6. He was commissioned Second Lieutenant in 1971 and rose through the officer ranks to the rank of Air Marshal in 1999. Air Marshal Alfa had a wealth of flying, staff and command experience, which thoroughly prepared him for his eventful tenure as CAS. He was appointed CAS in 1999 and he retired in 2001.