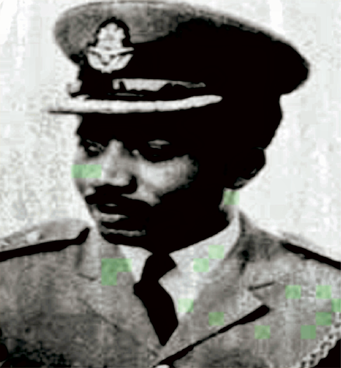 Brigadier Kurubo was the third Commander of the Nigerian Air Force (NAF). He was born in Bonny, Rivers State, on 27 July, 1934. He joined the Nigerian Army (NA) as a regular officer on 27 May 1953. He was appointed the first indigenous Commander of the NAF on 19 January, 1966. He relinquished the post on 4 August, 1967 and 8 days later, on 12 August 1967, he was appointed Nigeria’s Ambassador to the Soviet Union. From the Soviet Union, Brigadier Kurubo went to Quetta, Pakistan where he enrolled in the Joint Staff College. He attained the rank of Brigadier on 1 April 1970. Brigadier Kurubo was in charge of the affairs of the NAF during the Civil War. He was, therefore, faced with the difficult task of launching an unprepared NAF into a war, without the full knowledge of how air forces operate.