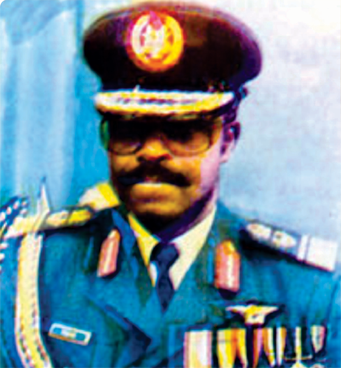 The Eleventh Chief of the Air Staff of the Nigerian Air Force (NAF), Air Vice Marshal Femi John Femi, was born on 30 December 1945 in Egbeda-Kabba, Kogi State. He enlisted into the NAF as an officer cadet on 1 July, 1965. He proceeded to Germany for his pilot training after his basic military training. He qualified as an helicopter pilot in March, 1967 and was commissioned Second Lieutenant on his return to Nigeria on 1 June 1967. He was appointed Chief of Air Staff (CAS) of the NAF on 17 September, 1993. He retired from military service in 1996.