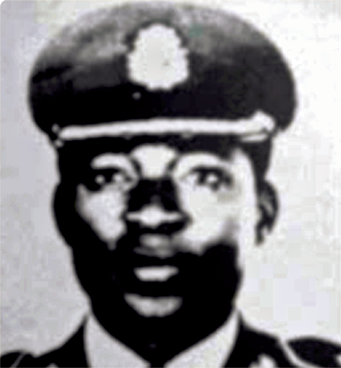 Brigadier Emmanuel E IKwue was born on 6 June 1940, in Otukpo, Benue State. He took over command of the NAF on 19 December, 1969. He was faced with the post-civil war reorganisation of the NAF. In 1969, Brigadier Ikwue was recalled and appointed the fifth Commander of the NAF and member of the Supreme Military and Federal Councils. He was the first officer to be officially designated as the Chief of the Air Staff. He held this appointment until his retirement in 1975.